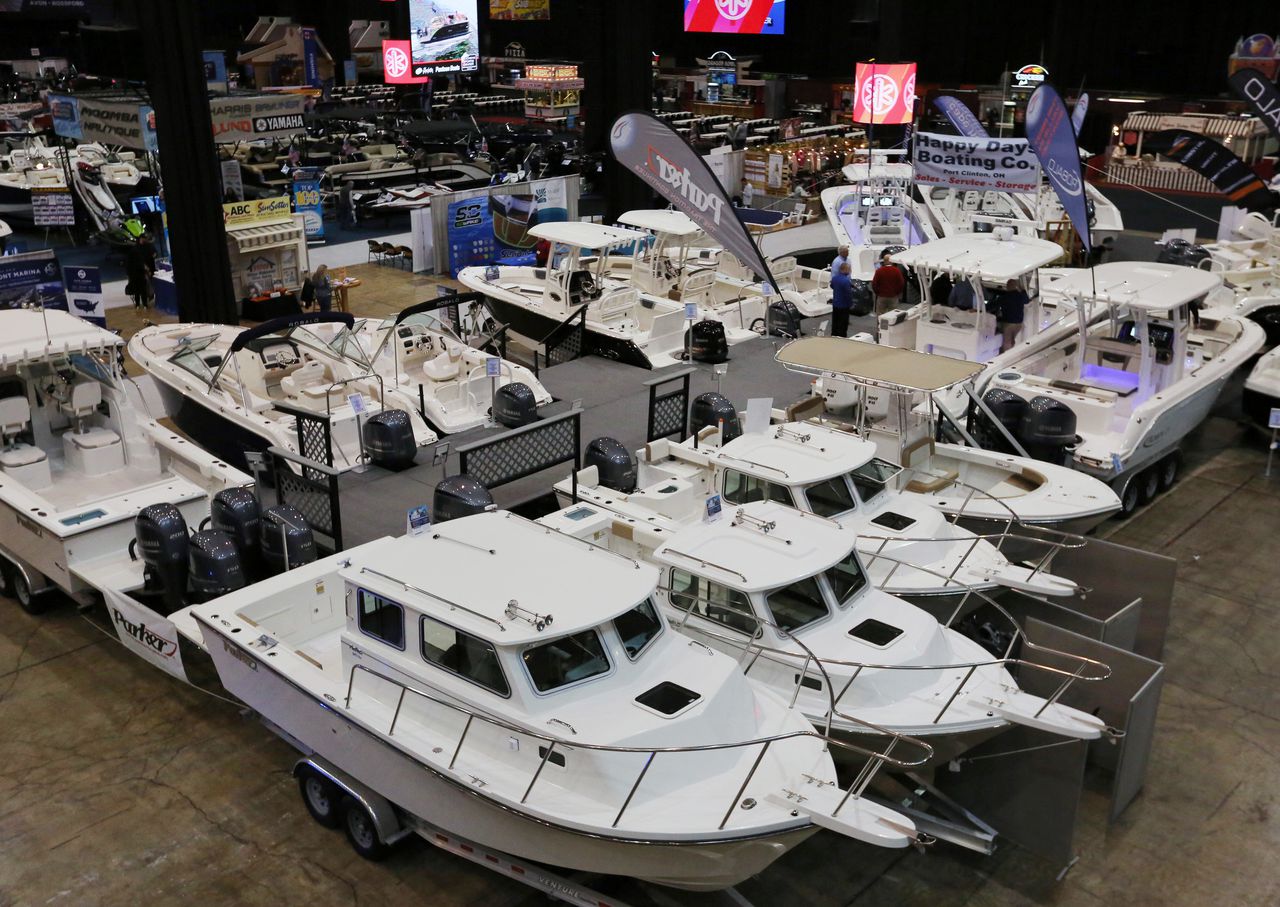 CLEVELAND, Ohio — More cars are sold in March in northern Ohio than any other month, according to Lou Vitantonio, president of the Greater Cleveland Automobile Dealers Association.

Why? Because the weeklong Cleveland Auto Show always ends in early March, kicking off a flurry of car buying.

Whether that happens in 2021 is anyone’s guess.

Organizers for the auto show, the Great Big Home and Garden Show, the Cleveland Boat Show and other popular consumer events were thrown for a loop on Wednesday, when the company that operates the International Exposition Center in Cleveland announced that it was closing the facility.

The news comes on top of what is already a very challenging time for the events industry, as the state continues to restrict most large gatherings due to the coronavirus pandemic.

Despite the challenges, Vitantonio said he is cautiously optimistic that the car show, which drew nearly 350,000 visitors over 10 days early this year, will be held in 2021.

Michelle Burke, president of the Lake Erie Marine Trades Association, which produces the popular Progressive Cleveland Boat Show every January at the I-X Center, said she, too, is hopeful. Her event draws 50,000 attendees and 300 vendors over five days. Some boat vendors said they generate 40% of their annual sales at the Cleveland show.

Statewide, convention centers have been largely restricted from reopening, at least for their intended purposes, as most large gatherings are still prohibited in Ohio (although there are numerous exceptions – for weddings, Browns and Bengals games, performance venues and other facilities).

Burke argues that consumer shows are not mass gatherings – they’re more like retail operations or entertainment venues and should be permitted under already existing state guidelines.

“We won’t have people all together, elbow to elbow,” she said. Like museums and amusement parks, consumer shows can restrict capacity, sell timed tickets, require one-way aisles and put rules in place to keep attendees safe.

She is organizing an effort on behalf of event operators throughout Ohio to put pressure on Columbus to ease restrictions. “There’s a problem and we have to solve it,” she said.

The Ohio Travel Association also is seeking clarification from the governor’s office on the issue of mass gatherings. Melinda Huntley, executive director of the association, said that the size of a venue should be considered when dictating how many people can attend an event.

A massive facility like the I-X Center shouldn’t be governed by the same rules as a small club.

“Here we are with an absolutely devasting travel economy,” she said. “We have to give these businesses the opportunity to do as much business as they can in a safe manner.”

DeWine spokesman Dan Tierney said the state will listen to any business with a plan to operate safely. “The door is open and we want to have those conversations,” he said.

Meanwhile, there’s the related issue of what will happen to the I-X Center, which is owned by the city but has been operated by a private company for the past 35 years. That private company, the I-X Center Corp., said Wednesday it was shutting down immediately due to a dramatic loss of business related to the health pandemic.

Cleveland Mayor Frank Jackson said Thursday that the city would explore all options for the massive facility, which was built in 1942 to make bomber planes for the war. It was converted to an exhibition hall in 1985 by local businessman Ray Park. Park sold the facility to Cleveland in 1999, but continued to operate it under a lease with the city.

There are numerous private companies that operate convention centers and exhibition halls for public entities.

The county-owned Huntington Convention Center of Cleveland, for example, is operated by ASM Global, an international firm based in Los Angeles. ASM Global also runs publicly owned convention centers in Columbus and Pittsburgh.

Both Pittsburgh and Columbus have larger convention centers than Cleveland, with space for both traditional conventions and larger consumer events.

Industry consultant Tom Hazinski said he could see ASM or some other private operator stepping in to take over the I-X Center. “I do think demand will return,” said Hazinski, the managing director of the Convention-Sports-Entertainment Facilities Division at HVS, a hospitality consulting firm. “Once people feel that it’s safe for them to go, they’ll return for the same reasons they used to go before.”

He said economic pressures may pose a bigger risk to such events. After both the Great Recession and 9/11, convention business and consumer events were slow to resume until the economy fully recovered.

“You can’t just turn a consumer show on and off,” he said. “It takes years of planning.”

Burke said she is hopeful the venue is important enough to the city that it will figure out how to keep it open – for economic reasons, but also because attending I-X Center events became a cherished tradition for many Clevelanders. The boat show, she said, was the very first show to operate at the new I-X Center in 1986.

“I can’t imagine the city of Cleveland would ever not have a large expo hall that can accommodate big shows,” she said. “These events bring such economic impact to each of their industries and the city as a whole.”

Just in case, though, she’s planning for the possibility of a virtual boat show in January. “The show will go on either way,” she said.