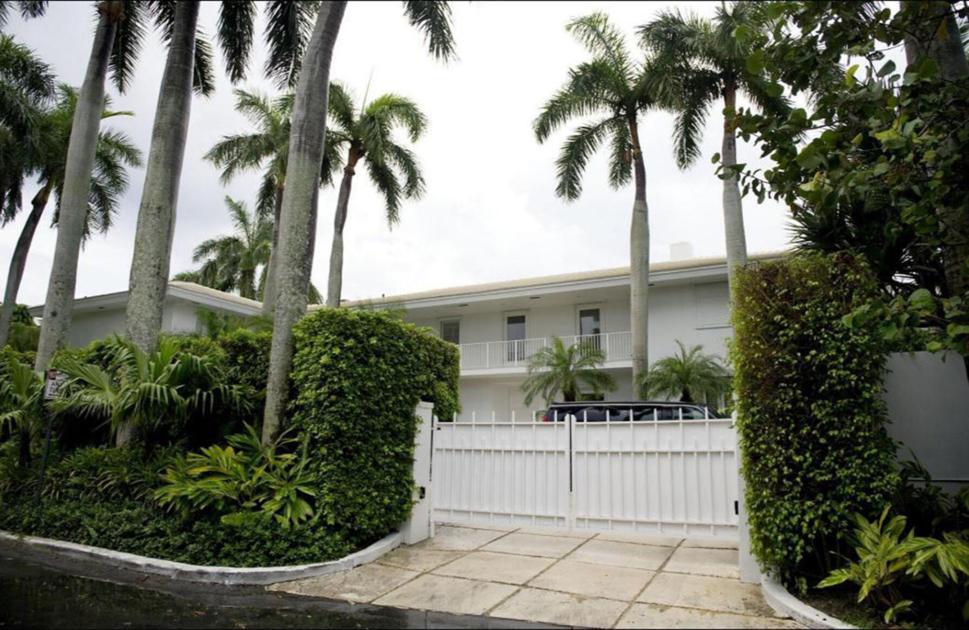 PALM BEACH, Fla. — It’s located in one of the most envied and desirable towns in the world, and yet a seemingly well-priced 14,000-square-foot mansion for sale here is languishing, despite its six bedrooms, seven baths, a large swimming pool and frontage along the Intracoastal Waterway.

That mansion in Palm Beach belonged to the late, disgraced financier Jeffrey Epstein, and although it’s been for sale since early July there are apparently no takers so far. The price for the mansion with southern exposure and water views remains fixed at just a hair under $22 million.

It is one of at least three homes the Epstein estate is selling as part of the liquidation of his assets, including one on a private island in the Virgin Islands and one in Manhattan.

The Corcoran Group was tapped to offer the Palm Beach mansion for sale. Large homes in exotic locales can be a plum assignment, but this home’s sordid past would overshadow any curb appeal. Its Palm Beach listing agent, Kerry Warwick, declined a request to allow McClatchy and the Miami Herald to accompany her on a future showing. She also declined to discuss why the luxury property, just a mile from President Donald Trump’s Mar-a-Lago resort, where Epstein used to visit, is not selling.

“You can call our New York office,” she said.

At New York headquarters of the Corcoran Group there was also little desire to discuss sale of the mansion now infamous as one of the multiple places Epstein’s accusers say the mysterious, high-flying businessman with friends in high places abused them when they were minors. A Corcoran representative said there was nothing to add beyond what Warwick shared with The Wall Street Journal in July.

Epstein’s home is certainly not the first notorious South Florida mansion to hit the market. Gianni Versace’s Miami home on South Beach was sold after his headline-grabbing murder in 1997 and remains a curiosity for tourists to this day.

But that mansion is smack in the middle of a bustling hot spot for nightlife. Epstein’s Palm Beach home, associated with ghoulish events, sits at the end of a sedate tree-lined street where many occupants of nearby gated mansions are only there for the winter months.

A recent drive down El Brillo Way at nighttime, with the intent of checking if anyone was still occupying the Epstein residence, was eerie. Hardly a mansion on the street had inside lights on. The next morning, gardeners spread out and feverishly trimmed the tropical foliage along the otherwise empty street.

One factor weighing against sale of the gated Epstein mansion may be that it’s older and boxy, lacking the eccentricities of other homes on the block. It was designed by John Volk, a prominent architect in the 1950s whose name is synonymous with the development of Palm Beach.

With its westerly views of Tarpon and Everglades islands, the Epstein home has land value but lacks pizazz. It has a different feel than most of the Venetian and Mediterranean style mansions in the Estate Section of Palm Beach. Those European looks were the hallmark of Addison Mizner, among the most sought-after architects in America’s Gilded Era of the 1920s, whose thumbprint remains across South Florida.

In fact, Murray Gell-Mann, a Nobel-winning scientist befriended by Epstein, once described the Palm Beach residence to a friend as “ugly and unremarkable,” lacking any charm.

Epstein bought the Palm Beach mansion in September 1990 for $2.5 million, according to Palm Beach property records. In December 2011, Epstein transferred ownership rights on the home to an offshore company, filing paperwork that transferred the property to a shell company called Laurel Inc. that he’d established a month earlier in the U.S. Virgin Islands, his principle residence.

The Palm Beach mansion is being offered at nearly $20 million more than the original purchase price. And it’s still at a discount compared to similar homes in the area.

One of the few neighbors who was around in mid-September was in the middle of reconstruction of his entrance way that sits across from the Epstein mansion. Eduard de Guardiola, a retired Atlanta real estate executive who now buys and sells local mansions in Palm Beach County, said he didn’t know what sort of traffic the Epstein home was drawing because he had been away for much of the summer.

Not long after Epstein’s reported death by hanging in a Manhattan jail cell in August 2019, the gate outside of Epstein’s Palm Beach mansion was vandalized with red spray paint. De Guardiola hadn’t noticed any recent pickup of onlookers or curiosity seekers, and as a veteran of the rough-and-tumble world of real estate he did not expect the notoriety of the home to stall its eventual sale.

Proceeds of the eventual Palm Beach sale are expected to flow in part to the Epstein Victims Compensation Fund, which began operating in late June, independent of the Epstein estate. It is already receiving dozens of claims from victims using the nonjudicial process to stay out of the headlines while seeking compensation and closure for being sexually abused by Epstein, often when they were minors.

As an Amazon Associate I earn from qualifying purchases.